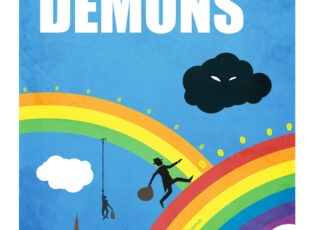 Fantasy fans, it’s time to tickle your ears with a tantalizing tale that twists the typical into a triumph of storytelling! Rainbow Demons follows the formula of a fantasy quest story, but takes its cues from the real world.  For example, with so much rainy weather in Vancouver – where creator Klim Levene lived at the time he started the series – rainbows as supernatural occurrences were…well, a natural!  In this case, rainbows contain coins scattered within themselves, instead of being all together in a pot at the rainbow’s end.  And Vancouver’s fog?  Levene’s story makes that the whispered work of a demon.  Then there END_OF_DOCUMENT_TOKEN_TO_BE_REPLACED 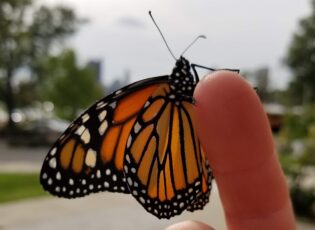 Midnight Audio Theatre’s features festival is roughly midstride as we present you with a world premiere.  Every year, we’re amazed at the incredible quality and creativity of the works submitted in our annual scriptwriting competition.  Last year (2019) was no exception. You’re about to hear “Wingbeats” by K.S.Dearsley.  Dearsley is an accomplished writer in multiple media – including plays, books, short fiction and poetry.   A Doctor Who fan, she loves to create speculative fiction. In “Wingbeats,” young Katya is sent to live with her aunt in a foreign country after weather ruins the crops in her impoverished farming village.  Her aunt, though, is not the END_OF_DOCUMENT_TOKEN_TO_BE_REPLACED 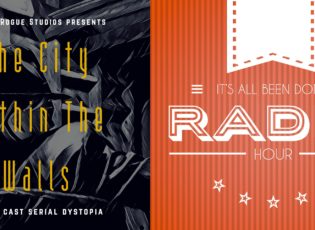 (A big thank you goes out to our online community – you have been amazingly patient with us as we fell behind with our Episode Archive. Some new project work fell our way, and we’ve been trying to juggle everything…hopefully we’re back on track now!) Hello, audio dramateers! Glad to be back with you with another hour of stories. It’s time to get caught up with more of “The City Within The Walls”, and as an extra treat, we’ve got a bit of science and an Out-of-Time origin story to entertain your ears. The dystopia of “The City Within The Walls” is created and composed END_OF_DOCUMENT_TOKEN_TO_BE_REPLACED 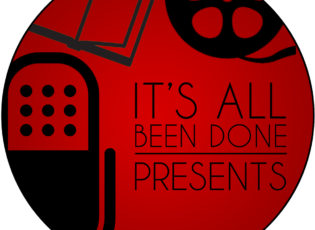 C’mon gang – one more Decoder Ring for the road! This show, we grab one more Summer Showcase selection as we enjoy these on-again off-again visits to the classic styles of the Golden Age of Radio. How about someone only The Shadow could love? Decoder Ring Theatre takes us on a road trip out to 1940’s Hollywood to find the one person keeping the streets safe is none other than the mysterious Master of Fear, The Knightmare. After that, it’s back to a different type of radio with IABDRH‘s premiere of the “Morning Show” on WUBD – but are the hosts ready for their broadcasting END_OF_DOCUMENT_TOKEN_TO_BE_REPLACED 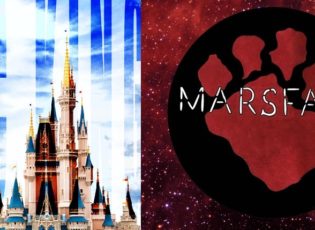 Welcome back, audio drama fans! Congratulations to everyone who submitted to our scriptwriting contest. Submissions are now closed, and we’ll be announcing the winners in two weeks – so keep your ears open and your eyes peeled. This show, it’s a full assortment of stories to tell – from the gumshoes on the street, to a young child’s kingdom, to the red planet next door. We’ll start things out with Black Jack Justice from Decoder Ring Theatre in “The More Things Change” to get your weekly dose of noir in. After that is another story from A.R. Olivieri – one all about survival in the END_OF_DOCUMENT_TOKEN_TO_BE_REPLACED 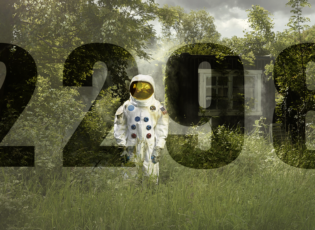 Hi audio drama fans! As we’re getting caught up on our episode logs, we’re sorry to say that at the time of this posting, the MAT scriptwriting competition has come to a close. Good luck to everyone who submitted, and be sure to keep an eye out for the competition again next fall! This show, it’s the little things that get to you. It’s all well and good to say “don’t sweat the small stuff” – until it’s the small stuff that causes the world to go sideways. It’s a theme of our two guest stories – ‘2298‘ by A.R. Olivieri, and another ‘Black Jack END_OF_DOCUMENT_TOKEN_TO_BE_REPLACED 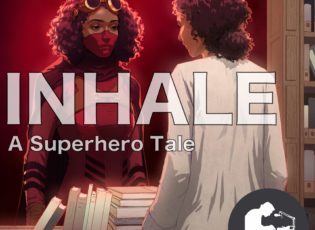 Hello again, audiodramaphiles! As we head further into the new year, there’s always that feeling of looking back to what was before, and in some cases, our pasts coming back to haunt us. That’s the theme of tonight’s show, as we hear another story from Decoder Ring Theatre‘s Black Jack Justice and the first four episodes from Rick Coste‘s series “Inhale“. If you remember, back in 2016 we got a listen to “Behemoth“, one of Rick Coste‘s first works from his Modern Audio Drama series. Since then he has gone on to create several more stories, including “Scotch”, “Bryar Lane” and “Is Anybody Out There?” END_OF_DOCUMENT_TOKEN_TO_BE_REPLACED 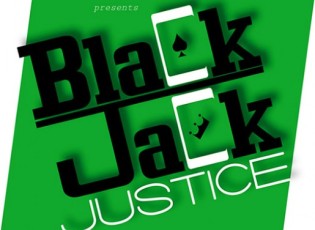 Hello audio drama enthusiasts, and welcome to 2019 – already defunct with website problems. This episode and several of our entries in the Archive are slow-going, as we’re navigating the new system update that has thrown some of our old coding into disarray. Apologies for the slow progress! This show, we’re kicking off our January tradition of bringing you a collection of Black Jack Justice stories from our good friends at Decoder Ring Theatre – a comforting start to whatever your new year holds. It’s back-to-back Justice and Dixon, who are stopping by the local precinct quite a bit to get the info they need END_OF_DOCUMENT_TOKEN_TO_BE_REPLACED

Time to jump into some holiday detective stories!  Are you prepared for some holiday whodunits?And we bet you can guess one of the stories on our list – yep, Black Jack Justice is here again.  But first, an introduction to a new flatfoot in town!   It’s time to hear a story from John Henry Holiday: Christmas Crimes Detective. The story is produced by Boojum Radio Theater, which began in the mountains of Western North Carolina, and is now making original comedy from Chicago, Illinois. “Christmas Crimes Detective” is Boojum Radio’s first full production, which they production group hopes to turn into an annual series. Things are END_OF_DOCUMENT_TOKEN_TO_BE_REPLACED 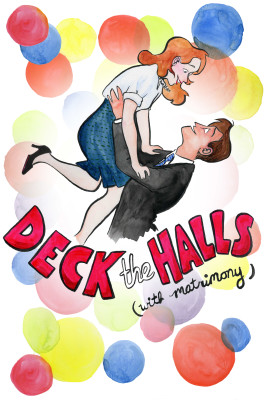 Happy Holidays, listeners! Thanksgiving has just past us by, but we still have a smorgasbord of stories to serve up in our transition into the December holidays.  We’re starting things off with our feature story for tonight, Deck the Halls with Matrimony. The story has been split into two parts for our broadcast – this show, we have the shorter Part 1, where we are introduced to a pair of wedding planners as they tackle the challenges of Thanksgiving nuptuals. If you don’t want to wait until next show to hear the rest, or want to know more about this romantic comedy, the full story and its END_OF_DOCUMENT_TOKEN_TO_BE_REPLACED