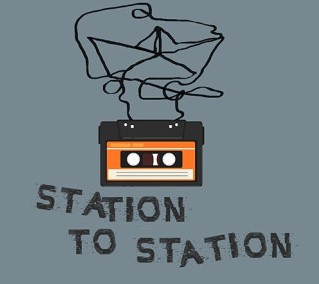 Horror by itself terrifies enough – but combine it with another genre, and it completely engages your imagination.

The proof:  Station to Station, an edge-of-your-seat series centering on Dr. Miranda Quan and the research ship Astrid.  On the eve of her ten-week research mission, she realizes something sinister lurks in the heart of her ship…and she must find answers as she unravels a deadly conspiracy, dodges dangerous threats, and fights to survive in the frigid waters of the North Pacific.

We’ll hear the first two chapters in this episode:  “Standard Operating Procedure” and “Workplace Wellbeing.”  The series is produced by the Procyon Podcast Network.

You’ll be captivated within seconds.  Creators and writers Alex Yun and Andrea Klassen utilize all the strengths of audio as a storytelling medium.  They deliver a fresh take on two fronts – an original setting and a logical, thought-through use of found audio.  The audio distortion from recorders the characters find play an integral part of the story.  Moreover, it’s a truly international production.  Yun is based in Hong Kong, and Klassen in Canada.  The cast and crew variously reside in five different nations across three continents.  Despite their scattered bases, the production comes together seamlessly.

A quick note of congratulations is in order, too:  their earlier space drama, The Strange Case of Starship Iris, won two Audio Verse awards!  Next up on their stellar production schedule is Me and AU, a new LGBT+ romance…with werewolf fan fiction playing a pivotal role.