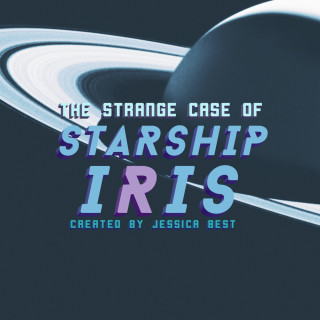 It’s time to blast off!  Tonight marks the start of more space adventures: Starship Iris returns with another installment of their story, along with a recent story from Atlanta Radio Theatre Company entitled “Lone Star Planet“.

If you haven’t heard of ARTC yet, don’t hesitate to jump over to their website to see all they have dreamt up and produced over the last 30 years.  Really, we’ll wait!  In addition to a catalogue of stories, they’ve developed some regular podcasts as well, including Mercury: A Broadcast of Hope, which showcases a new episode every day. Tonight, though, we kick off our ARTC story time with the tale Lone Star Planet.  It’s a six-part sci-fi/comedy series we think you’ll enjoy, with Ambassador Silk facing a cursed position, some troubles with the locals of New Texas, and a plot on his life and a few others.  However, before that we’re continuing to explore the stars with Starship Iris in Episode 2: Checkpoint Osiris. Ship survivor Violet Liu managed to escape death by putting herself in the ship’s cryo-chamber until help arrived…in the form of an unknown rogue ship and crew on the edge of space. Time to figure out what’s happened next!