Episode 203 – A Behemoth and Buffoonery 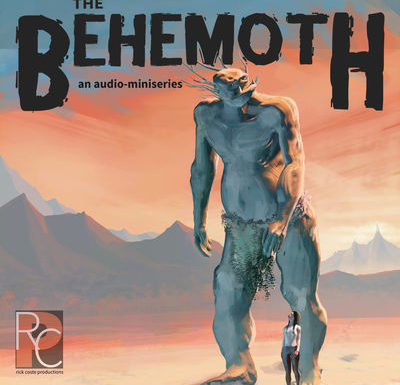 Back for more fantastic tales?  We just kicked off our Summer of the Fantastic last week, and we’re bringing you some fresh new audio dramas that are “out of the ordinary” in one way or another.  On our show tonight, we spend some time on Earth and in the far reaches of space with ‘The Behemoth’ and ‘Universe Journey’.

First up is ‘The Behemoth‘, written and produced by Rick Coste, who has also produced an audio drama anthology series, two educational podcasts and is currently working on two new audio drama series – ‘Scotch’, being released now at scotchseries.com, and ‘Bryar Lane’ which is scheduled for release in November this year. ‘The Behemoth’ is a narrative in 20 parts, as we follow the curious 15-year-old Madyson who has run away to tag along with a large, indescribable being that emerged from the coast and is now walking across the US. The series is a well-mixed, well-paced trek of its own as we follow Madyson in her adventure, with feelings of both charm and curiosity.  This show, we have the first four episodes of this series to share with you back-to-back.

After that, it’s time to blast off into space again with It’s All Been Done Radio Hour.  If you’re a local listener, you know that IABDRH is a radio play performance troupe that puts on shows once a month in Columbus Ohio – and every month, we like to share a story of theirs as a preview before their newest show. Here’s hoping you caught their latest show for their one-year anniversary this weekend – if not, mark your calendars for all of this Fall!  Performance dates have been announced for all their remaining shows for 2016.  In the meantime, enjoy this selection from IABDRH‘s series ‘Universe Journey’, entitled “Weekend at Commander Sanders”.

Don’t Forget to Check Out:
– The Behemoth
– Rick Coste Productions
– It’s All Been Done Radio Hour