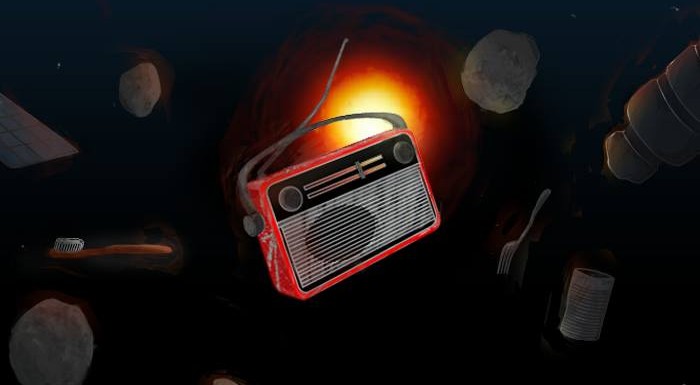 Hi folks!  It’s true – we’re back again with new episodes for the summer!  The past few weeks we’ve been revisiting some shows from our archives that we thought lost forever.  Not so anymore!  Our past episodes are 99.9% complete, so you can go and hear nearly every single show we’ve had in the past.  But enough of the past – on to the future!

And what better way to go back to the future (har har), then by heading out into the middle of space.  This show, we’re excited to share with you some of the reported tales of Wolf 359 – more specifically, the tales of the crew onboard the U.S.S. Hephaestus orbiting the red dwarf star of that name.  In this series, Doug Eiffel – communications officer onboard this wayward research vessel – shares with us both the mundane and the bizzare happenings onboard during his copious amounts of spare time. With a total crew of three and a malfunctioning ship operating system, this podcast-type storytelling has some interesting tales to tell.

Wolf 359 updates with new episodes every two weeks, although they are currently in a mid-season hiatus for their third season. During that time they are releasing mini episodes every week of the summer – and of course, if you’re new to the series, you can also catch up on the first 2 seasons during that time too! It’s a lot of great fun to listen to, with a well-executed blend of humor and scifi told from the perspective of Doug Eiffel.  If you like what you hear tonight, be sure to check out their website for more episodes.  This show features the first three episodes of Wolf 359, entitled: “Succulent Rat-Killing Tar”, “Little Revolucion” and “Discomforts, Pains and Irregularities”. Enjoy!

Also!  If you’re in the New York City area, Wolf359 is hosting a fan meetup in Central Park with another audio drama podcast, The Bright Sessions. The meetup is this coming Monday, July 11th at 7:00 PM at Sheep Meadow in Central Park. Be sure to stop by and get to know these two great production groups!