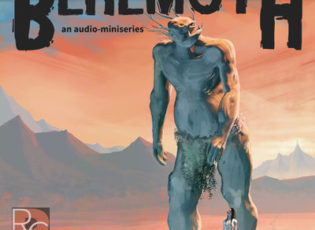 Back for more fantastic tales?  We just kicked off our Summer of the Fantastic last week, and we’re bringing you some fresh new audio dramas that are “out of the ordinary” in one way or another.  On our show tonight, we spend some time on Earth and in the far reaches of space with ‘The Behemoth’ and ‘Universe Journey’. First up is ‘The Behemoth‘, written and produced by Rick Coste, who has also produced an audio drama anthology series, two educational podcasts and is currently working on two new audio drama series – ‘Scotch’, being released now at scotchseries.com, and ‘Bryar Lane’ which is scheduled for release in END_OF_DOCUMENT_TOKEN_TO_BE_REPLACED