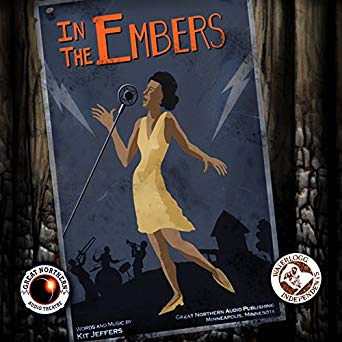 Audio drama, get your audio drama!  This month we’ve decided to wait on the winter holiday hullabaloo, and instead  focus on  stories involving family and remembrance in our lead-up to Thanksgiving. This week and next we have a story from Great Northern Audio Theatre, entitled “In the Embers” which premiered at the HEAR Now Festival in Kansas City earlier this year.  With this story’s release, Great Northern Audio is excited to announce that their story has been picked up by Blackstone Audio, and is available on their website starting December 8th.  That includes a making-of documentary created especially for the release of “In the Embers”. Be sure to check the Great Northern Audio website for more info!

Aslo, as we promised last week, MAT has a few productions of our own to share with you. We’re talking about this year’s MAT Features!  Every winter MAT holds a Scriptwriting Competition to encourage storytelling and the audio drama art form. This year we had four winners of our competition, and over the spring and summer we held auditions, rehearsed and recorded each script. This month, we have the final products to share with you, with at least one new story every week until December.   Tonight’s MAT Feature is written by local author Hilary Hirtle – a story about a ballerina and what happens when her dreams to become the best at her craft go awry. This is “The Music Box”. Enjoy!

A big thanks to Michael Galusick, Alison Holm, Jennifer Feather Youngblood, and Michelle Weiser, as well as Ryan Van Bibber and the students of his Audio Production on the CCS Fort Hayes campus, for helping to make this story happen.  Be sure to tune in next week for another MAT Feature and the second installment of “In the Embers”!