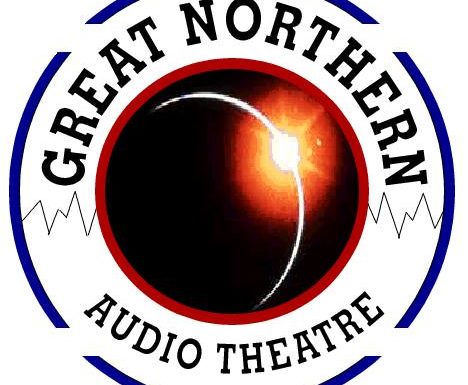 We’re on week three of our November episodes!  If you’ve missed it recently, we’re waiting until December for all of the winter holiday celebrations and have been focusing on stories with themes of rememberance and family this month. Tonight continues on that track, by bringing you the second half of “In the Embers” by Great Northern Audio Theatre.  When we last left our story, archaeologist Digger Moran had just received the alarming news that access to his dig site was about to be plowed down by local developers, just as he’s begun to scratch the surface of the mystery behind lost 1920s jazz singer Kit Jeffers.  At the end of it all, we also have a tiny sneak-peak into the behind-the-scenes documentary on “In the Embers”, a special segment made exclusively for Great Northern Audio’s release on Blackstone Audio. This and much more will be available with the story’s release on Blackstone Audio at their Downpour website, starting December 8th.

And how could we forget – this month is also time to share our completed MAT Features for 2015!  The Feature we have to share with you tonight is written by Glenn Hascall, whose work you may have heard previously on our show with Misfits Audio Productions.  Mr. Hascall is also the writer of “A Choice Between“, one of our MAT Features back in 2013.  This story is entitled, “Granny Gumshoe Goes to the Circus” – a light noir-type comedic tale (with characters pulled from superheroes in the public domain).  We hope you enjoy!

And be sure to check back in next week — not only will we have another new MAT Feature, but we’ll be announcing the start of our annual Scriptwriting Competition.  Keep your eyes (and ears) peeled!