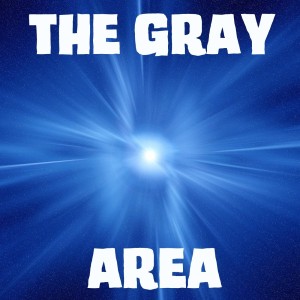 Yes, we’re back with some new stories this show – stories that look at a world of demons, both the obvious and the far more subtle. We’re excited to welcome to the show “The Gray Area Podcast“, with stories written and produced by Edward Champion.  The podcast premiered a few months ago and just released their fourth full episode as of this post.  The series is more of an interconnected anthology, with stories that can stand alone but with subtle threads of coincidence and relationships between them that tie them all into a single collective universe.  As Edward Champion wrote and developed his stories around a common demon theme originally, he noticed some commonalities and shifted gears to develop a network of connections between all of them, the universe they belong to, and the Grey Area – which has a story element itself.  You can pick up some of those threads in the episodes we play this show, particularly if you make note of the characters involved and referred to in each of the stories.  Both Episode 1 and 2 come inspired from personal experiences of the author – discussions and moments in public and private that developed a reflection on our personal dark struggles and our loyalties to people and the abstract. We start out with “Hello” – a tale that takes a look at learning to love one’s self.  After that is a short called “Disassociation” -a clever title fully realized at the end of tonight’s show – and Episode 2: “Brand Awareness“. The latter was inspired by an actual misunderstanding that led to a reflection on brand awareness and loyalty.  (Be advised – Episode 2 contained strong language. It has been edited in order to make the FCC happy when this show was broadcast on-air. The uncensored version can be heard at greyareapod.com.)   We hope you enjoy listening to these stories as much as we did!