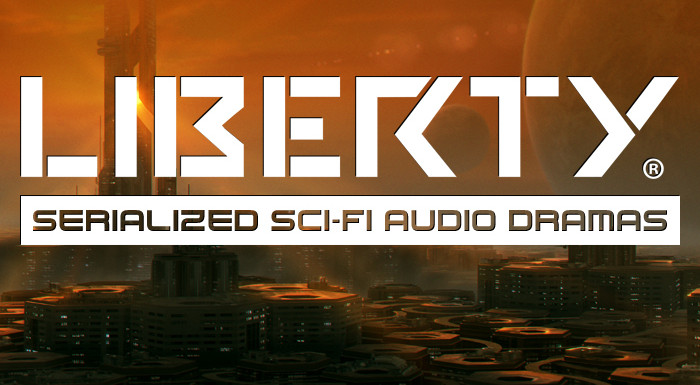 We’re back to do some more Critical Research!  Last show we gave you a quick listen to Entry 001 of  “Liberty: Critical Research” – and this show we’re back with a full hour of the series.  In Entries 002-005, we’ll find out about the further developments of Dr. Kovski and his expedition team as they prepare to investigate the lawless region outside of Atrius, known as “The Fringe”.

Written by Travis Vengroff and Kaitlin Statz, Liberty: Critical Research was their first venture into audio drama storytelling.  Without much knowledge of modern audio dramas, they were “simply looking for something creative that we could do together as a couple. We wrote the primary story with friends in mind to voice each character and [we] remember writing the story in our flat in the UK, thinking “Wow, do you think anyone is actually going to hear this?”  It turns out that people did, and they proceeded to develop a second season of the series, as well as several other tales from the Liberty universe.  This includes a second audio drama series with a horror twist, called “Liberty: Tales from the Tower“, as well as a graphic novel series (Liberty: Deception) and roleplaying game (Liberty: A.F.T.E.R.).  And in October, they’ll be premiering a new show called “The White Vault”, which follows a repair team as they investigate a strange signal coming from one of their research stations in Svalbard, Norway.   Be sure to check out all the aspects of the Liberty universe – after listening to tonight’s installments, of course!