Episode 242 – Dead Signals, Above and Below 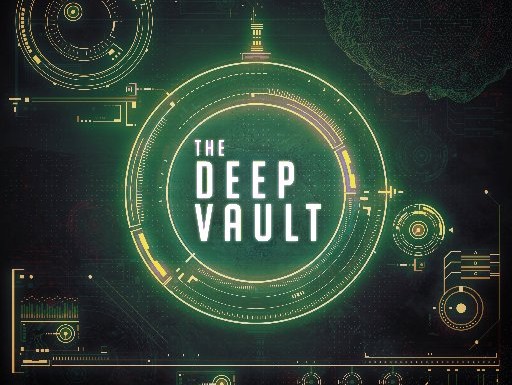 And thanks for tuning in, audio drama listeners! If you’ve been hearing some static on-air recently, blame mother nature. WCBE recently took a nasty hit to our transmitter thanks to a well-placed lightening strike.  We’re doing our best to get everything back to proper broadcasting quality and standards, but we will definitely need replacement parts we don’t have to fix this.  If you have a minute and a few extra dollars please go to wcbe.org and make a donation to help us return to full broadcast operation!

In the meantime, it’s pure coincidence that tonight we’re airing another work from the production group Dead Signals. You last heard them on our show with their popular audio drama Archive 81, which has just wrapped up its second season. At that time, “The Deep Vault” was still in production – now it is a full, seven-episode miniseries available to be heard online.  The story is set in the mid-southern US, in a near-post-apocalyptic world that three friends are trying to escape from – and hoping that a rumored underground bunker will provide a safe haven from the dangers of the outside. The Deep Vault is described as a modern day homage to the golden age of sci-fi radio drama, and it has a fun mix of science fiction, suspense and horror.  With plenty of action, quips, all-original music, and detailed sound design, this is an audio drama to check out if you liked Archive 81 or post-apocalyptic stories. We have the first two installments for you to hear tonight – Episode 1:” The Storm” and Episode 2: “The Fall”.

In between those installments, we’re also visited by a “commercial interruption” from It’s All Been Done Radio Hour.  Every month, It’s All Been Done Radio Hour performs a Saturday-afternoon live show starting at 530pm at the Madlab Theatre in downtown Columbus. You can get tickets and find more information by visiting their website, itsallbeendoneradiohour.com and madlab.net.  Happy listening!