Episode 343 – Death, Taxes, and Some Other Certain Things 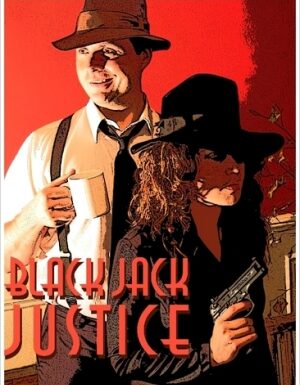 In this installment, the good people of Decoder Ring Theatre will treat your ears to two tales from season nine of Black Jack Justice –  episodes 56 (“Death and Taxes”) and 57 (“The Cheshire Cat”).

As Ben Franklin told his pal Jean-Baptiste LeRoy, “Nothing can be said to be certain except death and taxes.”  Jack Justice would add itemized lists of expenses will certainly show things that aren’t as they appear.  Oh, and a fourth thing that’s certain:  it’ll cost you $39.99 per diem to have Justice & Dixon solve the dirty mystery of that suspicious expense padding.

Then, things get even more mysterious in “The Cheshire Cat.”  A villain smiles…and disappears, leaving nothing behind but the memory of that smile. Which isn’t a problem, unless his testimony is all that stands between you and 10-years-to-life frowning behind bars.

As a long-time Midnight Audio Theatre listener (you are a long-time listener, right?), you know that the ever-popular Black Jack Justice is produced by Decoder Ring Theatre; all 72 episodes of the adventures of our intrepid detective and his daring partner are on their website at decoderringtheatre.com. They have novelizations there, too!