Episode 209 – A Look Into The Archive 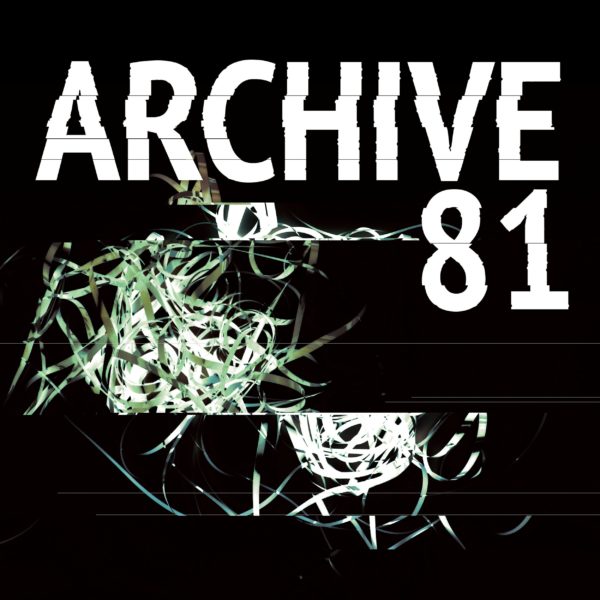 Hello and welcome back everyone! Tonight’s show brings us horror, mystery and suspense in a found-recording audio drama that has taken off since their release in March of 2016. The production group Dead Signals is headed up by Mark Sollinger and Daniel Powell, and this episode we spend the full hour giving you a taste of their series Archive 81.

Mark and Dan have been working together since college, where they collaborated on a 10-episode scifi audio drama. They have both been involved in professional audio since then, but continue to work on audio dramas in their spare time and exercise their creative muscles.  Inspired by cosmic horror and found-footage storytelling, Archive 81 follows the experiences of Daniel, an archivist for the HHCNYS who mysteriously disappears. The tapes he leaves behind are just as mysterious and worrisome, and the Archive 81 podcast has been releasing his tapes in hopes of finding someone who will hear them and know something about what’s happened to Dan.  Season 1 of Archive 81 has been completed, with Season 2 coming soon.  In our show, we have the first three episodes of the series for you: “A Body In a New Place”, “A Night At An Opera”, and “A Story in Cycles”.

And more news for Archive 81 fans!  As folks are anxiously awaiting Season 2, Dead Signals Productions has produced a new audio drama called  The Deep Vault.  The story is a seven-episode serial set in in the almost-post-apocalyptic U.S. as it follows a group of friends from the surface world into an underground bunker in search of answers to their past. It’s a modern day homage to the golden age of sci-fi radio drama, and the second episode has just been released, so this is a great time to jump in on the series. They have new episodes every other Wednesday. You can subscribe to The Deep Vault wherever you find podcasts (along with Archive 81), for more information, you can visit their website at deepvaultpodcast.com.