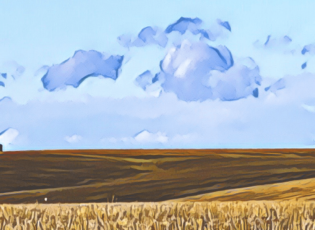 Love a good mystery?  Then take heart:  one of the finer mysteries to cross our ears continues. In Episode 374, we shared the start of the mystery that is Dirt: An Audio Drama.  It ended on a far too tantalizing note, so we had to bring you some more (mainly so we’d have an excuse to listen to more).  We mentioned last time that creator Kris Kaiyala found inspiration for this tale from the real places, real events, and real people in his grandfather Arvo’s life.  Arvo took up metal detecting in the 1960s and 1970s, and spent several years writing his memoire as a END_OF_DOCUMENT_TOKEN_TO_BE_REPLACED

Down-to-earth excitement and intrigue feed the fertile soil of imagination in this installment of Midnight Audio Theatre.  Here and in our next post (Episode 375), we’ll transport you to Seattle, Washington, where one man finds himself with a very curious family mystery on his hands.  Add to it some modern-day drama and treasure hunting, and you get Studio5705’s premiere production of Dirt: An Audio Drama.  It all begins with Joseph Elo and a strange letter he receives in the mail…from someone who has been dead a very long time. The series is written by Kris Kaiyala, who also serves as director, producer and composer of END_OF_DOCUMENT_TOKEN_TO_BE_REPLACED